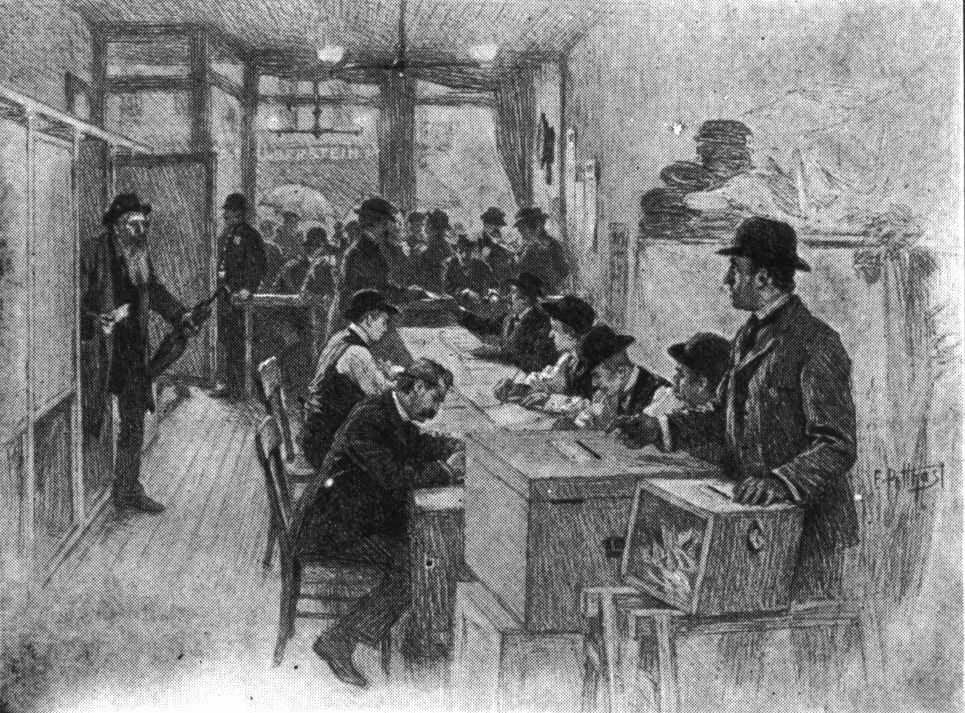 An 1890 New York voting law can prohibit “ballot selfies” — images of a voter with their marked ballot then shared to social media — a federal judge ruled in September.

It’s an unusual application of a century-old law to modern technology and behavior. Yet New York’s law prohibits any voter from showing their ballot “after it is prepared for voting, to any person so as to reveal the contents.”

That would seem to cover the concept of a “ballot selfie,” which some voters have taken either to show their social media followers that they voted, or to advocate for the person for whom they voted.

Eve Silberberg, a registered voter in New York County (Manhattan), sued the state Board of Elections over the law’s application toward “ballot selfies.” Joined by several co-challengers, she argued that the state law infringed their rights to free speech under the Constitution, and thwarted a powerful means of grassroots political activism.

The state argued that the law, and therefore the selfie ban, must remain intact to protect the integrity of the state’s elections. It had been enacted to combat widespread voter corruption in the era of Tammany Hall machine politics.

U.S. District Court Judge P. Kevin Castel wrote that the First Amendment would generally protect “ballot selfies.” Remarkably, he said that the New York law survived the test of “strict scrutiny,” which is that a law limiting free speech must help the state achieve a compelling interest, which are also established by precedent. Strict scrutiny also requires that the state impose the least burdensome alternative to achieve that interest. Castel held that New York’s action satisfied both tests.

The challengers had argued that a voter could use Snapchat, a social media image network where images uploaded disappear after a single viewing, to take a ballot selfie and in effect get away with breaking the 1890 law. Prohibiting the public display of images easily shared privately would not curb vote-corruption practices, they argued. Judge Castel disagreed.

In The News: Philly goes paperless