News
You are here: Home1 / News2 / Articles3 / Betting – and Winning – on eSignatures in the Life Insurance... 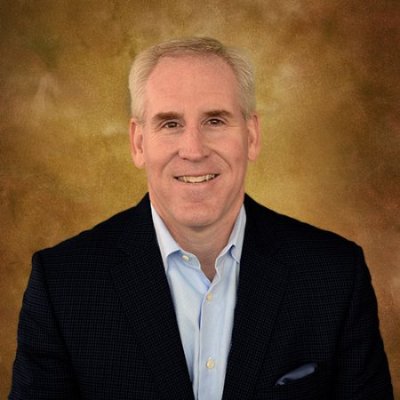 Bill Atlee, Chief Strategy Officer of iPipeline, wants to get people to change their ways. He travels around the world, and the United States, and talks to insurance companies about their goals and how to achieve them through digital transformation.

He discussed it all with ESRA, beginning with a question: “How many people store ketchup in the refrigerator? You do that even though it sits on a table at a restaurant, and does so for days at a time. We do it at home for one reason: Because our parents did it that way. Patterns get passed down and people don’t like to change them.

“I started a software company when I was 30 years old out of my townhouse. In 1995, when Windows 95 came out, I didn’t know what the World Wide Web was. Someone had to explain it to me. I didn’t understand why I’d want my computer to talk to other computers. He showed me how to put a disc in my computer and hook it up to a phone line so I could connect to AOL.

“Those were the days.”

Discovering the power of PDFs

And then Atlee began to connect what he saw on the Internet with the insurance industry. “As I came to understand the web,” he recalled, “I saw that insurance agents filed forms in their cabinets. Those forms varied by state and by insurance company, and they often changed every three or four weeks, so an agent often filled out the wrong form and had problems. Insurance companies would print out boxes of these forms.”

He continued: “Someone else told me about PDFs, and how they could be used to put insurance forms on the web. I showed an agent a PDF of a form, and he tried to match it to one of his paper forms. It didn’t match, because laser printers and font sizes could vary back then, so he said he couldn’t use it because it would be rejected by the state commissioner.

“So I knew that PDFs wouldn’t work with him. But I went to other insurance companies, and eventually we built a library of more than 300,000 PDF forms. The experience to download a form was horrible back then – it took 15 minutes. But I convinced the industry that that was better than waiting for a paper form to arrive in the mail, and eventually 15 minutes dropped to 10, then 5, and now we expect a PDF to download in a few seconds. But that took 20 years.”

The Travelocity of the insurance industry

Atlee continued his walk through history: “Ultimately, we created iPipeline. We’re like the Travelocity of the insurance industry. We aggregate all the information that insurance agents need and syndicate it to various portals, such as financial institutions. We don’t want their customers to have to go away from their portal, so we bring the forms to them. Millions of consumers view and sign documents that way.

“One of the things we did was to create the PDFs that allowed agents to continue using paper-based forms that are downloaded and printed out. Agents fill them out incorrectly 50-75% of the time.

“That’s the way it’s worked for 100 years. It’s the world we live in today. When something like that happens, it can take up to 28 days for it to be corrected everywhere, and those mistakes can add up to millions of dollars a year in labor costs as people keep re-keying information.”

Turbo Tax for the insurance industry

Obviously, Atlee said, that had to change. “So we decided we would fix that. We decided to create an e-form, iGo. We would make those PDF forms digital, like Turbo Tax for the insurance industry. It would be in the cloud, letting you work online and offline. We later added iPad capability. It has various industry and state rules embedded in it, so the process couldn’t move forward if a question was answered incorrectly, or simply missed.

“We would take advantage of the ability of the insurance company to e-submit forms, rather than rely on illegible handwritten forms. By using XML, it could be ingested into their system for processing, which would turn 28 days into 3-4 days.

“But it didn’t work because there was no way to embed a web-based e-signature, which was crucial. The idea was going to be a bust unless we could solve e-signatures. To do something electronically, there would have to be a compelling event that would stop people from doing the process the way they had always been doing it.”

He continued: “The electronic signatures act was the compelling event that changed a lot of that. We know that the government said, it could be a click, a mark, a symbol, a sound that’s okay as a signature, but in our industry, we had 50 state insurance commissioners who cared that a signature appeared on a filed PDF form that was sent to them. Even though we had a front end wizard, they wanted the end process that landed on the same form that you filed as an insurance company, because on the wizard side, the disclosures weren’t there – they were in the PDF.

“We had to go to 50 insurance commissioners and get our platform approved even though the government said it was fine.”

Once that battle was won, though, there was a new one, Atlee recalled. “Then we had to go to insurance companies and they were skeptical. They wanted to know that the signer was who they said they were, because they could be on the hook for a large payment if someone dies, and they weren’t sure if they were insuring the right person. But Mastercard doesn’t know if it’s really me in the grocery store either, so why is it different for insurance?

“So the signature doesn’t really matter. If you want verification that someone is who they say they are, we have a unique advantage. Ours is that we send someone out to your house. They check your drivers license. You sign forms and write a check. Then we draw your blood and get a urine sample, so we have DNA. And you’re going to claim it wasn’t you?

“But insurance CEOs say, what if they send the PDF to someone’s email and the person’s wife clicks for them? But how is that any different than if your spouse gets the form out of your mail and signs it for you? That’s what we’ve had to talk to insurance company CEOs about for the past 5-7 years. Wells Fargo and other large banks are still paranoid about e-signatures, though.”

Atlee noted that despite how obvious it is that the insurance industry should adopt an electronic process, “appealing to people’s sense of logic is difficult because they are emotional creatures. You have to appeal to the business drivers, not the legal reasons. That’s my experience from talking to insurance companies and insurance commissioners. You have to show them the efficiency they gain from going to e-signatures.

Conquering agents’ emotional fears was important too, Atlee said. “We also found out what insurance agents are afraid of. The system has to work every time, on every device they use. They fear something not working and then they lose out on a commission because the system didn’t work when they were closing the deal with a customer, and the customer changed their mind.”

Atlee closed with some advice for making change in your own industry. “Sometimes users tell white lies about the way things are,” he said. “Think critically about what they say. Be hard-headed. Don’t give up easily.”

He concluded: “We didn’t give up. We have converted 72 companies to an app. It has collapsed the process from 28 days to 5.”

eSignatures have come a long way in the life insurance industry – thanks in large part to Bill Atlee and iPipeline. 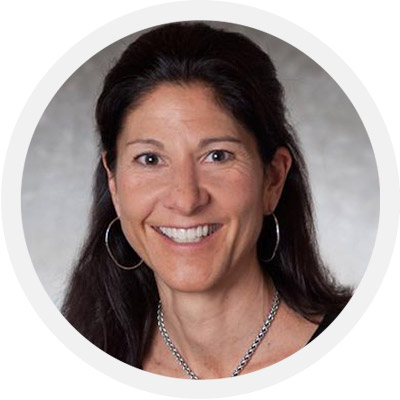 The future of mobile signatures

The slow-but-inevitable digital revolution of the life insurance industry

The state of global e-mortgage

eSignatures and the Americans with Disabilities Act