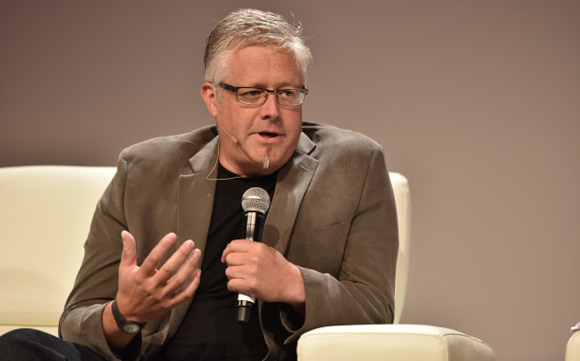 The “father of electronic signatures,” — DocuSign co-founder Tom Gonser — addressed the company’s future and the direction of digital identification in the years to come during an interview with GeekWire at South by Southwest 2017.

Gonser and two other partners helped get DocuSign off the ground in 2003. DocuSign, a founding member of the Electronic Signature & Records Association, is widely expected to be readying for an initial public offering. That feeling strengthened in January when DocuSign hired Daniel Springer as its newest CEO; Springer led a prior firm’s IPO and sale to Oracle.

“It’s fair to say that we’ve talked about that for a long time,” Gonser told GeekWire. “[T]he business is doing really well. The markets are doing well, and we like it right now. It’s a great time to be at DocuSign.”

However, repeating that an IPO is just a funding strategy, Gonser said “We’re in no rush, and we’re also not not looking at it either. It’s all about strategy.”

Gonser also discussed DocuSign’s rollout of DocuSign Payments back in October, and how it offers online businesses a far less complex, far more flexible secure payment capability into any document.

“There are so many contracts that contemplate reaching an agreement so that you’ll pay someone to do something,” he said. “But the [signature] and payment have been two different things. Now you can merge those two together so that by filling out an agreement to have someone come mow your lawn, you are also going to be paid, and have that happen as part of the contract.”

Gonser stepped down as DocuSign’s chief strategy officer about one year ago. He is still a part of the firm’s board of directors. He is also part of the Bend, Ore.-based venture capital firm Seven Peaks Ventures.