News
You are here: Home1 / News2 / Articles3 / Bringing Notaries into the Digital Age 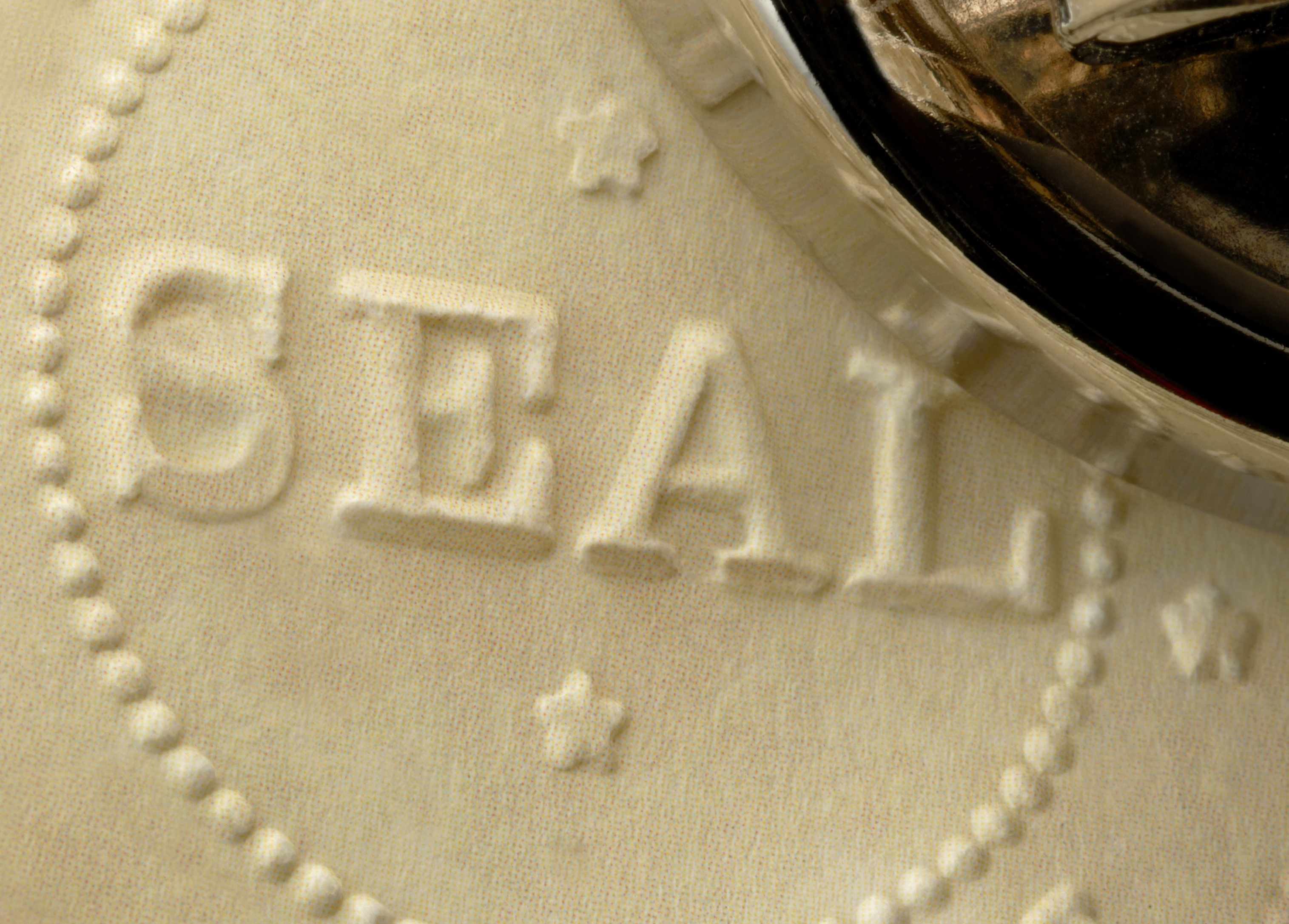 Notaries public are on the verge of a technological shift in their industry, replacing the traditional ink signature and embossed seal with the latest electronic tools. That’s something Marc Aronson, President and CEO of the Pennsylvania Association of Notaries (PAN), is well aware of, as he told former ESRA Vice-Chair Rich Grisham during a recent conversation on the ESRA internet radio network.

Aronson started with PAN in 1972 and can cite few, if any changes, to the way notaries have performed their official duties since 1639 in North America, combining signatures with embossing seals. In 2000, however, some new laws allowed notaries public to use an electronic tool.

“We’ve been watching this for a long time,” Aronson said. “The first court case we found on electronic signatures was in 1869. It was a court case that involved Morse code. The judge said that ‘it makes no difference if the notary’s pen is copper wire or electricity – it performs the same office.’”

Within a framework of laws and regulations, notaries are able to do electronically what they have always done with pen and paper: affix their signature and seal of office to a document.

The first laws—UETA and E-SIGN—put signatures executed electronically on the same legal footing as signatures applied with a pen. The Uniform Real Property Electronic Recording Act (URPERA) allowed for electronic signatures on deeds.

“What’s important about the e-signature laws is that they didn’t change anything other than the way signatures are put on a document” Aronson said.

The Revised Uniform Law on Notarial Acts (RULONA) provided clarification and guidance on how the notarization of electronic records should be treated. In addition, the National Association of Secretaries of State (NASS) approved standards that provide direction to state notary appointing authorities regarding electronic notarization.

Asked about the current state of electronically notarizing documents, Aronson replied: “Generally, at this moment, there are perhaps 20 states where notaries public are permitted to electronically notarize by the state notary appointing authority. Some states, like North Carolina, require you to go to community college and take a 3-hour class if you want to sign electronically, and you have to use certain vendors to take the course. In other states, like Texas, as long as you are a properly commissioned notary public, you can do so electronically too, and use whatever vendor you want to take a course.”

He added: “There are states where the notary appointing authority watches closely. Pennsylvania and others mandate vendors that notaries can use. And there are four states, Michigan, Wisconsin, Indiana, and Ohio, where if you want to notarize electronically, they don’t say much about it. They have decided not to provide much direction. Some of us think that they think UETA offers enough guidance there.

“In North Dakota, there’s legislation but no regulations to allow electronic notarization to move forward. New Mexico has a law and regulation – you have to take a course, but there are no vendors for it.

“Every state is a different story. In New York, for example, electronica notarization can be used for the transfer of property but that’s it. So the status is all over the board.”

There are some good things happening, though, Aronson said: “The Notary Pubic Administrators (NPA) section of the National Association of Secretaries of State, are about to announce on Feb. 15 a guide to assist the notary appointing authorities in each state in establishing a notary process in their state, if they didn’t know what to do or if they were new to the notary world.

“The NASS standards were updated a little bit at the end of last year. And there’s a lot of work that’s going on. The National Notary Association on Jan. 1 came out with their own version of a model electronic notary act. It’s an interesting 138-page read that will give a sense of direction to the state notary appointing authorities on what they should or should not do.”

Will the end users demand change?

Multiple stakeholders tend to slow down the move from paper to digital, Grisham said, creating a need for end users to demand the necessary change. Aronson agreed and said that it’s the next generation that will do so: “I’m working not for how I’m going to function in front of a notary but how my son will function. He’ll probably buy his first house electronically. You can’t find a pen in his car or his house. Our children and their children will be the beneficiaries.”

He continued: “Almost all of us use electronic signatures weekly, if not daily. Let’s take the example of buying a prescription at the drug store, where you sign for it electronically. Most of us don’t realize we’re using e-signatures because it’s transparent.

“The other problem is folks like me who are old and who are used to the paper age. Even though the electronic stuff has been around for about 17 years, it can still be scary.”

There’s an administrative problem too, Aronson said: “Notaries public are fairly low on the radar at the state appointing authorities’ offices. They have many tasks before them and appointing notaries is low on their list. They’re left floundering sometimes to find information on how to take new technology and establish it.”

He continued: “One of the adoption issues I’ve seen is the problem of a state starting to establish an electronic notary program but the state notary appointing authority leaves office and when the next staff comes in, they don’t have the history. And sometimes they don’t care, especially if it’s a different political party, so it’s not on their agenda. You have a loss of institutional memory.”

What will move adoption forward?

Asked where the impetus will come from to push adoption forward, Aronson replied: “The prime moving force has been in the real property industry. It’s where I’ve spent much of my time, with the Property Records Industry Association (PRIA). Electronic notarization is good when you have a lot of work to do in a short amount of time. It has economy of scale and can facilitate it much faster than a notary with pen and paper.

“Generally, if it’s a business where there are hundreds or thousands of instruments done in a set amount of time, electronic notarization can pay off. But the average notary won’t get someone walking in off the street and asking for this service. Most notaries are employed by somebody, which means I’m going to notarize in the fashion that my employer wants me to do it. So unless they’re forward-thinking about it, I’m just going to notarize the way I always have.

“The only thing that might push this a little faster is the younger generation, like my 27-year-old son. When they start having children and buying homes, I see them being the primary force moving this forward.”

“There are a multitude of interested parties,” Aronson said. “There are the notary associations themselves. There are state and national associations. All of us are concerned about keeping our members relevant and active in the electronic age, so we belong to different groups that will look at how the electronic age will affect our business.

“You have the American Association of Motor Vehicle Administrators (AAMVA), who is looking at electronic liens, which is something we know about because we’ve been teaching notaries how to handle motor vehicle paperwork since 1967.

“There’s a stream of folks, including the vendors. I know of perhaps 16 vendors across the country that have an electronic notarization solution. Some are more successful than others. The radio and TV industries, along with construction, have been using it for a long time. The state of North Carolina is using it.”

Asked to predict what will happen in 2017, Aronson replied: “It’s going to be a landmark year. I have never had so many phone calls and emails. I’ve established a list of 100 folks I keep in touch with about this. We talk a lot. It will be a very busy and very interesting, and perhaps very innovative, 2017.

“You get to the point where the people who haven’t participated don’t want to be left behind. You have a bell curve of people who were ahead of things 10 years ago and were ready to do this, and then we had a long quiet point. Then you have that hockey stick chart, and I think we’re at the bottom of the lip before it goes up in the air.”

Asked by Grisham about 2018, Aronson responded: “It will have that snowball effect. Once it rolls down the hill, it will get bigger and bigger. Once we get started, more states will come on. There’s a line of thinking that states don’t have to do anything because of UETA and ESIGN. Nevertheless, if we see another five or 10 states get serious about this, other states will decide they don’t want to be left behind.

“In the future, we may not need to talk about this so much. It may just happen. Nothing bad has happened yet. There’s only been one court case that I know about. It was a divorce case – the electronic notarization was held by the court to be satisfactory.”

He added: “It may just happen naturally.”

Aronson closed by offering readers a way to get in touch with him:

“I’m always willing to go out and give talks and to give webinars too,” he said.

Online Identity: The experts discuss what you need to know